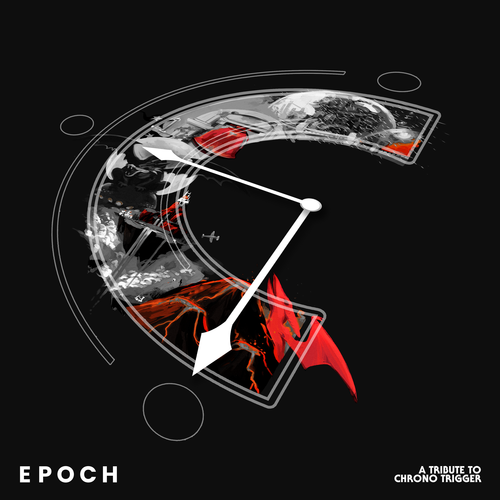 Released in 1995, Chrono Trigger is heralded as one of the best JRPGs of all time, and its soundtrack contains many iconic pieces that have long remained staples in the video game music world. This thrilling tale of time travel captures a sense of imagination and creative spirit that has inspired generations of gamers, becoming a truly timeless work of art. EPOCH: A Tribute to Chrono Trigger is a musical celebration of this classic game.

The characters in Chrono Trigger range from the Elizabethan-tongued Frog to the brave cavewoman Ayla to the kindhearted Robo and more. When these characters work together, they complement each other and become stronger in ways they couldn't alone. These characters do more than symbolize their time periods; they overcome the numerous differences in their backgrounds and band together to defeat Lavos, a parasitic alien with the ability to rain destruction from the heavens.

When we set out to produce EPOCH, we wanted to honor this spirit of teamwork by encouraging musicians of different backgrounds and skill sets to band together to make each track truly special and unique. Just as Crono and his friends had myriad ways to combine their individual skills into dual techs and triple techs, so too did our Materia Collective friends come together to bring you unique performances in Latin jazz, orchestra, musical theater, progressive metal with horns, and many other genre combinations.

EPOCH: A Tribute to Chrono Trigger could not have been produced without a massive amount of work, love, and of course, time. Whether you are a lifelong Chrono Trigger fan, are experiencing it for the first time, or just want to hear a creative and diverse collection of music, we hope you enjoy this album.

EPOCH: A Tribute to Chrono Trigger was made possible by the following individuals: