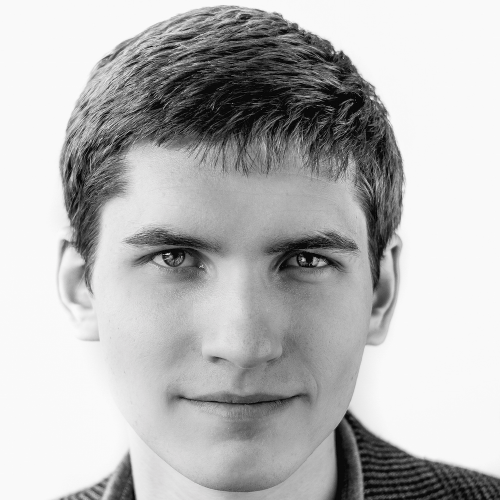 A Los Angeles-based composer, orchestrator, conductor, and educator, Thomas has earned a reputation as a fast, reliable, and effective musician fully capable of handling music across the entire dramatic spectrum. Raised in the seemingly mythical land of Eagle, Idaho and brought up on a healthy appetite of video games and musicals, Thomas takes influence from such composers as Nobuo Uematsu, Motoi Sakuraba, John Williams, Alan Menken, Stephen Sondheim, and Carter Burwell. Though avidly fond of the symphony orchestra, Thomas (sincerely) believes that every style of music is important, and as such, has scored films, orchestrated for musical theater, sequenced for video games, arranged for live dancers, and occasionally composed music purely for one's aural enjoyment. He has also worked as a conductor in the recording studio and as a producer for symphonic concerts.

An active educator, Thomas spreads the joy of music to children and adults of all ages on piano, saxophone, clarinet, flute, and trumpet. A graduate of the Pacific Northwest Film Scoring Program (which he considers to be the most thorough and practical training in composition and orchestration), Thomas thinks it extremely important to pass on to others what he has learned by offering lessons in music theory, composition, and production. Join in the fun and sign up for lessons today!

Producer on Lost in the Misty Woods

Arranger on Lost in the Misty Woods

Saxophone on Lost in the Misty Woods

Arranger on Theme Of Sonic

Producer on Theme Of Sonic

PATTERN: An Homage to Everybody's Gone to the Rapture

Arranger on Freezeezy Peak (from “Banjo-Kazooie”)

Arranger on Theme of Winters (from “EarthBound”)

Mixing Engineer on Theme of Winters (from “EarthBound”)

Arranger on Snowdin Town (from “Undertale”)

Arranger on Buried in Snow (from “Final Fantasy VII”)

Mixing Engineer on Buried in Snow (from “Final Fantasy VII”)

Arranger on Christmas in Nightopia (from “Christmas NiGHTS into Dreams”)

Mixing Engineer on Christmas in Nightopia (from “Christmas NiGHTS into Dreams”)

Arranger on SNOWFLAKES (from “Persona 4 Golden”)

Arranger on Winter Veil (from “World of Warcraft”)

Mixing Engineer on Winter Veil (from “World of Warcraft”)

Track Producer on Katamari on the Symphony (from “Katamari Damacy”)

Arranger on Katamari on the Symphony (from “Katamari Damacy”)

Piano on Katamari on the Symphony (from “Katamari Damacy”)

Vocals on Katamari on the Symphony (from “Katamari Damacy”)

Mixing Engineer on Katamari on the Symphony (from “Katamari Damacy”)

Lyric Adaption on Katamari on the Symphony (from “Katamari Damacy”)

Producer on The Final Battle

Arranger on The Final Battle

Arranger on Not Alone

Orchestrator on Not Alone

Producer on Village of Dali

Arranger on Village of Dali

Mixing Engineer on Village of Dali

BUDDIES: A Tribute to Banjo-Kazooie (BEAR SIDE)

BUDDIES: A Tribute to Banjo-Kazooie (BEAR SIDE)