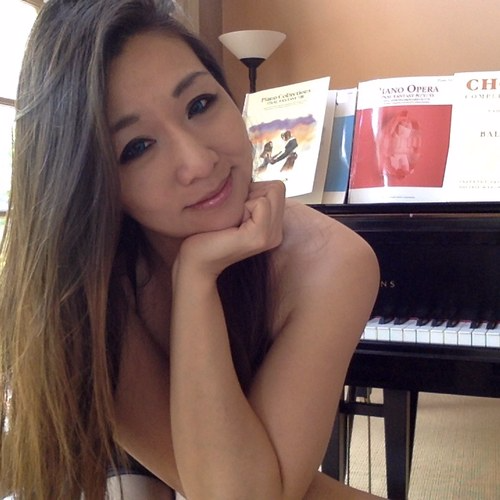 An active performer and educator, Ruby Toung earned her master's degree in piano performance from the University of Michigan and B.A. in music from the University of Virginia. She has studied with Douglas Humphreys of the Eastman School, Fr. Sean Duggan, Mimi Tung, and Gabriel Chodos of New England Conservatory and has played in masterclasses with renowned pianists such as Claude Frank. She currently maintains a private teaching studio as well as a small community ensemble, the Access Community Orchestra, for whom she arranges video game and anime themes for concerts at local anime conventions. An avid fan of Final Fantasy and Square Enix in general, she also maintains a youtube channel dedicated to piano covers of mostly Final Fantasy themes, and in 2014 released two albums on Loudr, Final Fantasy: Solo Piano and Mitsuda Reimagined: A Chrono Trigger/Chrono Cross/Xenogears Piano Album.

Producer on Valse for the Moon

Arranger on Valse for the Moon

piano on Valse for the Moon

Piano on It’s Raining Somewhere Else

Piano on Variations on a Lost Soul

Piano on Intermezzo in D-Flat Major for Cello and Piano

Piano on Memories Erased by a Storm

Piano on Secret of the Forest

Piano on The Coastlands