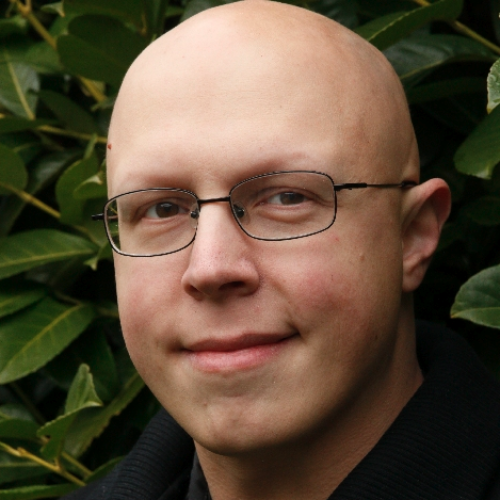 Piano, Producer, Arranger
Born at a very young age in Bellingham, Washington, I took interest in music before much time had passed. I’ve been playing piano since I can remember, and writing music for almost as long. For my seventh birthday one year I got a book of manuscript paper and immediately scribbled out something called “Design Motorcycle Style”, which is unfortunately lost to the ages, as is my transcription of the first few bars of the Mute City theme from F-Zero which had just blown my mind in a Nintendo mall kiosk, but the seed of writing music was planted.
Though I moved more into performing jazz piano than composing as I entered college, I continued to hone my craft and studied more types of music than ever, also learning how to do some live sound engineering both with music groups and with the Buddhist organization I had just joined. Oh yeah, that also happened somewhere in there. That’s where “Hon’in Myo Audio” comes from, actually. It’s a pretty deep concept, but Hon’in Myo pretty much boils down to “from this moment on”, and I just love the way it sounds.
In 2006, shortly after I graduated from community college, I was contracted by Amaze Entertainment, a now-defunct Seattle-area developer of mostly licensed games, to write music for some handheld titles. I learned more about the development process than ever, seeing four titles through to shipping with three different producers. It was invaluable and humbling experience, and seeing how some dev teams were able to work as a single unit and have such a clear pipeline of communication while others struggled to complete every milestone was eye-opening.
A couple years later, I realized that I had unfinished business, and I decided to go back to school to finish my degree. The degree of the degree program’s influence was great, as I got a lot more experience with sound design and editing, published another game with my fellow students (Platformer From Hell, Hoosier Games, 2012), and generally worked on having a better life.
After graduating, I moved back to Seattle. Since then, I’ve released two albums of originals using the sound chip of the NES (available on my music site), worked on some in-progress indie games, and have been trying to make change happen in the world from my little corner of it. I really love what I do, and if it can encourage even one person I’ll consider it a success. Hope to be sharing much more new audio with you all in the future, and thanks for sticking with me!

Keyboards on The Extreme

Arranger on Uwa!! So Mettaton!

Piano on Uwa!! So Mettaton!

Mixing Engineer on Memories of Zelda

piano on The Dance of the Mad Frog

Special Thanks on Run??