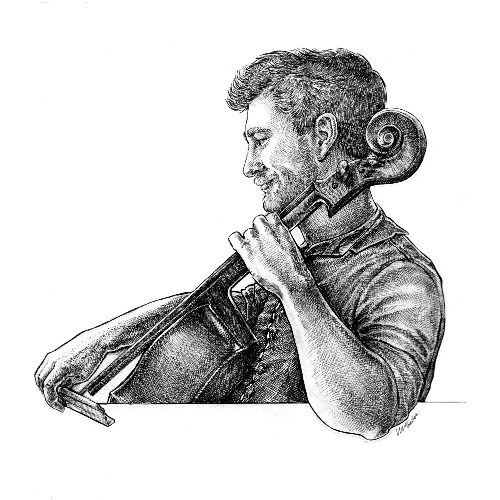 Mason Lieberman is an award-winning composer, audio director, and producer known for his contributions to the gaming and anime zeitgeist. He prides himself on being a problem-solver whose biggest passion is always to connect people through music.

Having started his professional journey as a freelance composer, he is most known for his work composing on anime series like Rooster Teeth's RWBY and Beyblade Burst Evolution, amongst many others. His music has enhanced the heroics of franchises like Spider-Man, Mobile Suit Gundam, Ultraman, PlayerUnknown’s Battlegrounds, while lending epic gravitas to titles like Apex Legends Mobile, Eden, Game for Peace, Devil Engine, Renaine, and many others. In 2019, he partnered with Asia Pacific government officials as an international ambassador to Australia representing the video-game music industry. As a cellist, guitarist, and vocalist, Mason has had the great pleasure of working with a wide variety of film and gaming franchises, with personal favorites including Pokémon, Stars Wars: Visions, The Rising of the Shield Hero, Nintendo's Super Smash Bros. franchise, Riot Games' League of Legends, AMC's The Walking Dead, Made in Abyss, Eden, Tower of God, Warhammer: Vermintide, Hell's Kitchen, and God Eater.

He was thrilled to present the official Cowboy Bebop charity single, ‘The Real Folk Blues’, in collaboration with Funimation, Sunrise, featuring special guest artists like Yoko Kanno and the Seatbelts, Steve Blum, and many, many more. This original arrangement hit #6 on Billboard global Digital song sales chart, as well as #1 on rock charts in Japan. In 2021, he shared the ‘Best Score’ award at the Crunchyroll Anime Awards with the rest of the team of ‘Tower of God’. He also received the 2020 GANG award for “Best Casual or Social Game Audio” for his contributions to Tencent’s wildly-popular ‘Game for Peace’ soundtrack. He was honored to be a part of the Forbes 30 under 30, Gaming category for the 2022 list.

He is currently in-house as a senior composer and game audio supervisor for Tencent, the largest video-game company in the world. In this position, he has the indescribable honor of working with many of the best audio professionals in the industry on a daily basis.

Cello on Hopes and Dreams (from “Undertale”)

Cello on Apotheosis (from “Journey”)

Producer on Beneath the Mask (from “Persona 5”)

Arranger on Beneath the Mask (from “Persona 5”)

Bass on Beneath the Mask (from “Persona 5”)

Music Director on The Terran Doctor

Producer on The Terran Doctor

Additional Guitar on The Terran Doctor

Cello on Swamp Tour for Four

Cello on Journey Through the Night Sky

Bound Together: An RPG-Inspired Journey

Cello on Last Battle ~For Freedom~

Cello on Florence’s Lullaby (from “Florence”)

Field of Hopes and Strings

Field of Hopes and Strings

BUDDIES: A Tribute to Banjo-Kazooie (BIRD SIDE)

Vocals on Adventure is Calling