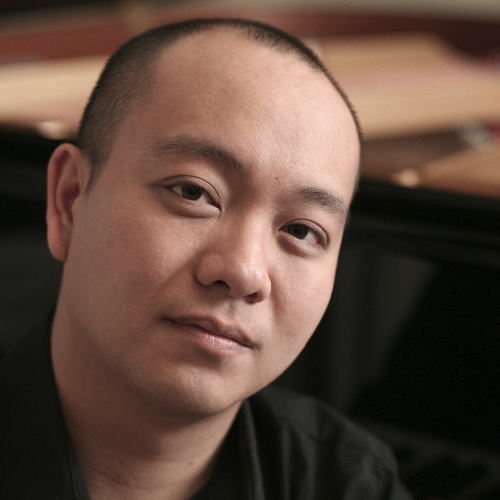 Augustine is an award-winning Filipino Canadian pianist whose solo, chamber and concerto performances have taken him across the United States, Canada and Italy. At the age of 15, Augustine won the gold medal at the Technics World Music Festival. He subsequently won the grand prize in several provincial and national piano competitions.

Augustine recorded for the CBC after having been selected through the competitive “auditions jeunes artistes d’Espace musique de Radio-Canada”. He currently records for studio, film and television, and is a proud member of Materia Collective.

Piano on Another Medium / CORE

Piano on The Shinra Mansion

Hero of Time (Music from "The Legend of Zelda: Ocarina of Time")

Hero of Time (Music from "The Legend of Zelda: Ocarina of Time")

Piano on Solving a Puzzle

Celeste on Solving a Puzzle

Pianist on Battle Against a True Hero

Pianist on Your Best Nightmare ~ Finale

Piano on Spring (It’s A Big World Outside)

Piano on Summer (The Sun Can Bend An Orange Sky)

Piano on Fall (The Smell of Mushroom)

Piano on In the Deep Woods (Variations)

Piano on Winter (Nocturne Of Ice)

Piano on Winter (The Wind Can Be Still)

Piano on A Golden Star Was Born

Piano on Dreamwatch of Time

Piano on Prisoners of Fate

Piano on City of Tears

Piano on In Your Hands ~ Circles