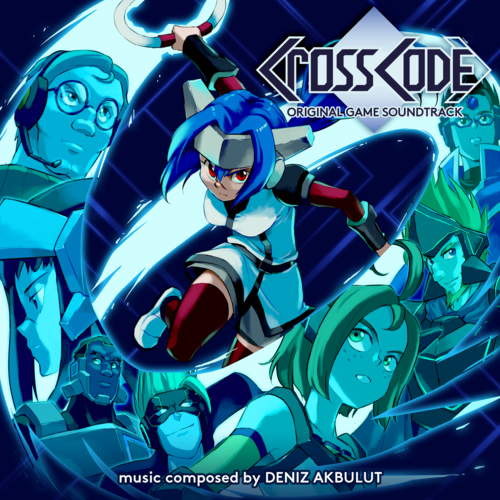 The original soundtrack to "CrossCode" by Radical Fish Games.

I started writing the the soundtrack way back when I was graduating from high school. Since then, I worked on it on the side while I attended university. CrossCode has always been part of my life, and I always tried to push myself to my limits to go out of my comfort zone. I hope you all have a great time with CrossCode and enjoy its music!

I would like to thank Samuel Ascher-Weiss and Eriko Imura for being big inspirations for me and encouraging me to fully commit to making music for a living. A big thank you to Alec “Lob” Pham for helping me make the final mixing and mastering decisions during these last stressful weeks.

And of course, I would like to thank Felix “Lachsen” Klein for letting me be part of such a great project, I am very lucky to be given such an amazing opportunity! - Deniz Akbulut

CrossCode (Original Game Soundtrack) was made possible by the following individuals: