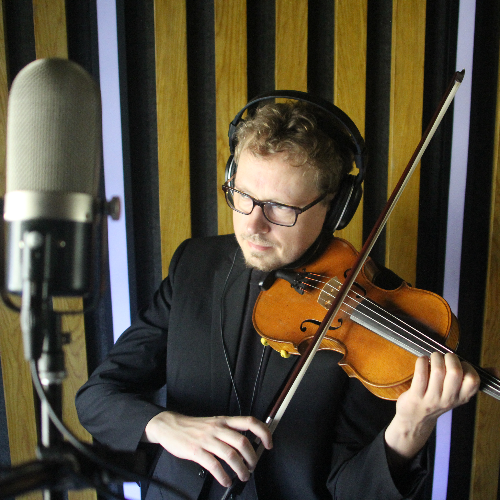 Nicolaj M. Nielsen is a Danish violinist/violist/composer. After graduating from the Carl Nielsen Academy of Music, he worked for 10 years as first a violinist, then a violist in various professional symphony orchestras in Sweden and Denmark, most notably 3 years with the Copenhagen Philharmonic of Youtube flash mob fame. He has completed two artist residencies at the Banff Centre in Canada and was the only Scandinavian member of the 2011 Youtube Symphony Orchestra that live streamed a concert from the Sydney Opera House to over 33 million viewers worldwide. In 2013 he turned his career upside down, and moved to Vietnam for love, where he now records strings for musicians, producers and composers around the world from his studio in Hanoi. He is also studying film scoring and working on his first solo album of live looped music for viola and computer.