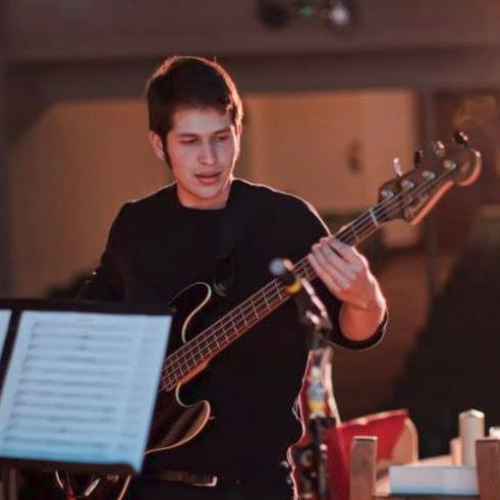 Jon Alvarez is an upright and electric bassist living in Los Angeles and a student of the Herb Alpert School of Music at UCLA. He originally began his musical career as a vocalist, but soon left the world of choir and chamber music for Jazz Bass at the age of 20. At UCLA he has had the opportunity to study Jazz and Classical music from such masters as Kenny Burrell, George Bohannon, Tamir Hendleman, and Neil Stulberg. His passion for the art of bass has led him to study under Rick Shaw, Ryan Feves, Chris Hanulik, Vik Momjian, Roberto Miranda, Bertrum Turetzky, and Ramin Abrams. He performs regularly across Los Angeles and has shared the stage or recorded with such artists as Rob Mullins, Nora Germain, Drake Bell, Bobby Pierce, and countless others.

His music knows no bounds; as he performs in every genre from Jazz and Classical to EDM and Metal. His main focus is fusing the world's of classical and jazz with the technology and styles of today's music. Jon has been praised for his unique melodic bass lines and soloing, as well as his intense passion and drive which he brings to every band or ensemble. After graduation he hopes to share his music with the world on tour, and to continue to study the art of bass.