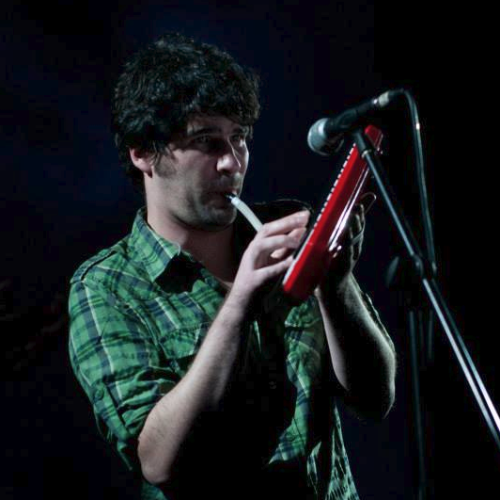 Francisco Cerda is a pianist and composer born in Chile. He started composing music for videogames when he was 14 years old, when he created the soundtrack for a shmup that he also programmed himself.

Francisco studied with a full scholarship for Classical and Popular Piano at the Arcis University in Chile. He has been involved in several different styles of music, from Rock and Prog-Metal bands, to Salsa and Jazz Orchestras.

He provided live music for “Los Improvisadores”, the Chilean adaptation of the “Whose Line It is Anyway” TV show. He also have played keyboards for several well known latin pop singers like “Alberto Plaza”, “Andrés de León” and “Ariztía”.

Oh! And he also composed music for cool videogames like Jamestown, Gunpoint, Witchmarsh, Save The Date!, Subterfuge, Angry Henry, Frog Fractions 2, and Omen of Sorrow. :)

Producer on High Hopes and Dreams

Arranger on High Hopes and Dreams

Composer on My Heart Divided

Composer on After Death

Composer on The Sculptor’s Snow Realms

Composer on Hopes From the Abyss

Composer on Garden of Fortitude

Composer on The Gate

Composer on Garden of Tears

Composer on The Forgotten Prophet

Composer on The True Face of the World

Composer on Feast of Folly

Composer on The Invisible Queen

Composer on Omen of Sorrow