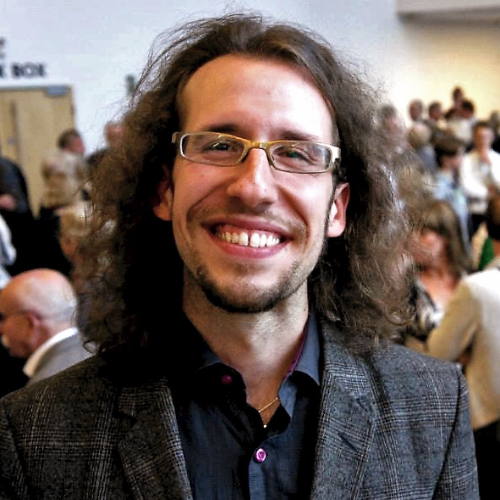 David Saulesco (b. 1985) is a versatile composer and arranger who moves effortlessly between different genres and contexts. Growing up with a strong interest in narrative media such as films and video games has influenced his eclectic musical language that tends toward the melodic and romantic, while still not shying away from contemporary influences. He has studied composition under Professor Jan Sandström and Peter Lyne, among others. David is an avid chorister and performs regularly as a soloist. Many of his works are based on, or calls for, the human voice. David is also frequently employed as a writer, lecturer and MC. Major interests besides music are food and drink, films, design and linguistics.

Tenor on The Salt Flats

Bass on The Salt Flats

Tenor on The Extreme

Bass on The Extreme

Tenor on Galbadia, My Home

Bass on Galbadia, My Home

Performer on Light Up the Whole Sky Like Fire

Arranger on Light Up the Whole Sky Like Fire