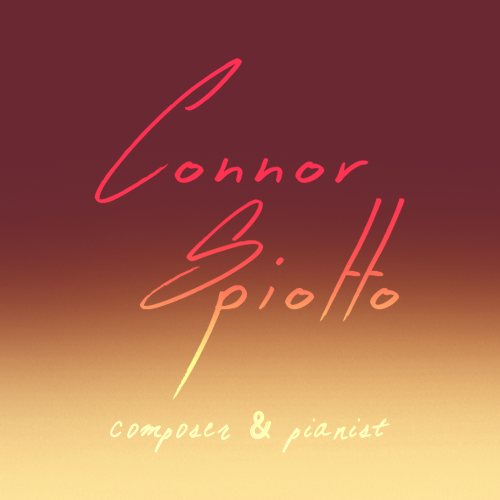 Connor Spiotto is a pianist and composer. He started playing piano at the age of thirteen which further kindled his love and appreciation for music and inspired him to pursue it further. After about a year of lessons where he learned the fundamentals of piano technique and sight reading, playing the piano became more than just a hobby. He was inspired by the performances of pianists he saw on the internet and was determined to play just like them. He collected piano scores to play through, further expanding his classical repertoire.

The composers of soundtracks ranging from movies to animation were also a great influence on his musical pursuits. He currently attends the California Institute of the Arts where he studies music composition. His compositions are mostly instrumental ensemble and chamber works as well as scores for films and animations. Among his biggest inspirations include Claude Debussy, Maurice Ravel, Igor Stravinsky, Bela Bartok, Elliott Carter, and Stephen Sondheim. Aside from composing music he is an avid film watcher and has a passion for cooking and baking.