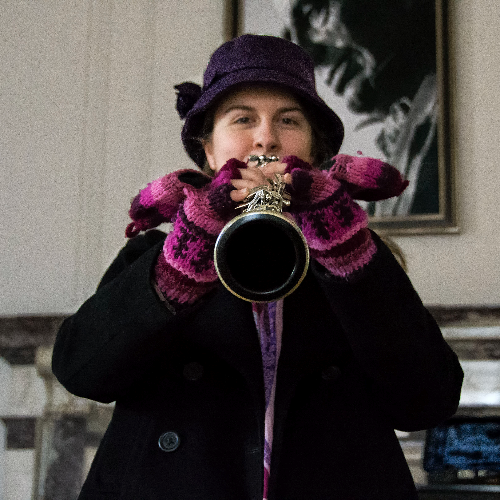 An accomplished young musician” (Johns Hopkins Gazette), clarinetist Catherine Wilshusen loves learning about and sharing music with others. As an orchestral player, she has performed in Carnegie Hall, David Geffen Hall, Alice Tully Hall, and the Tilles Center and has shared the stage with performers including one of her favorite ensembles, The Piano Guys. She is also an avid chamber and liturgical musician.

Ms. Wilshusen graduated Phi Beta Kappa from Johns Hopkins University, where she earned her Bachelor of Science in Applied Mathematics. She concurrently studied at Peabody Conservatory for her minor in Music and Homewood Arts Certificate in Clarinet Performance. Her teachers include Janice Webber and David Drosinos for clarinet and Courtney Orlando and Lydia Chernicoff for chamber music.

In addition to her studies, Ms. Wilshusen attended the Lyceum Music Festival in 2012 and 2013 and has performed in master classes for Julian Bliss and Joseph D’Auguste. As a teacher, she has guest-lectured at Johns Hopkins for Topics in Music Cognition, served as a teaching assistant, and coached chamber and liturgical music ensembles. Currently, Ms. Wilshusen is continuing her clarinet studies with David Sapadin, performing in community ensembles at Mannes School of Music, and working as a consultant for PBS LearningMedia.