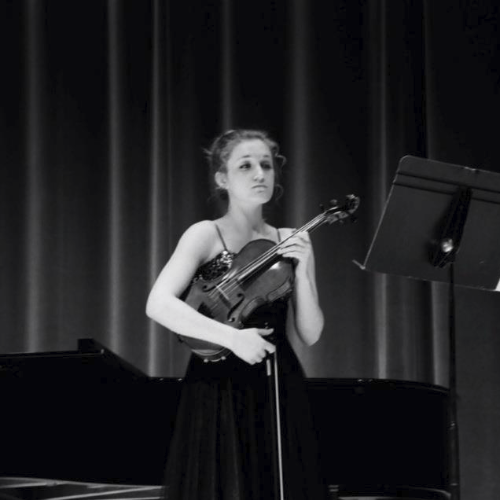 A native of Washington State, Amelia Kittson began studying the viola at age eleven. Over the span of her multifaceted career she has played in several professional orchestras, chamber ensembles, and competitions, most recently winning the Washington-Idaho Symphony Collegiate String Scholarship for the second consecutive year. Ms. Kittson has played in over a dozen pit orchestras, as well as a part of three professional string quartets. In 2013 she performed the world premier of Reg Unterseher’s Hanford Songs for String Quartet and Soprano at the WSMEA Composer of the Year Awards, and most recently (2015) was a member of the runner up string quartet at the MTNA Washington State Chamber Music Competition.

Ms. Kittson has studied with Meredith Arksey, Tim Betts, and Teri Glasford. She currently holds a tenured position as second chair in the Washington-Idaho Symphony, and substitutes regularly for the Mid-Columbia Symphony. Ms. Kittson currently resides in Pullman, Washington, where she is finishing double degrees in Music and Marketing at Washington State University.

Viola on Love Grows (Eyes on Me)