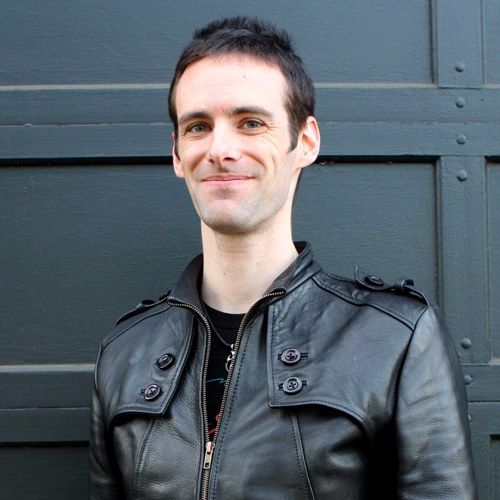 Jesse Buddington, tenor/countertenor, got his vocal start in the Ragazzi Boys' Chorus and the San Francisco School of the Arts. He subsequently completed a music degree with an emphasis in Renaissance/Baroque vocal techniques from UC Santa Cruz, also participating in their acclaimed opera program. An avid gamer, Jesse most recently performed the role of Mario in “Super Smash Opera” and its sequel, “Super Smash Opera presents: Aria Kart”. Jesse formerly served as director of Ragazzi’s Young Men’s Ensemble, but had to step aside following the acquisition of his music start-up, Loudr, by Spotify in 2018. He currently works at Spotify’s US headquarters in New York City but attends SF-based rehearsals and recording sessions both in person and through the power of the Internet. Jesse has a peculiar passion for obscure vocal techniques and especially loves sygyt overtone singing. His favorite pokémon is Snorlax.

Vocalist on CASTLE: A Rock Opera

Tenor on Galbadia, My Home

Bass on Galbadia, My Home

Vocals on Death By Glamour

Vocals on Bake Sale or Bust! A Cautionary Tale

Producer on What Is The Sound Of One Party Forming

Arranger on What Is The Sound Of One Party Forming

Vocals on Bemknesyka (The Trials)

Vocals on Apotheosis (from “Journey”)

Vocals on Ending Theme (from “Pokémon Ruby and Sapphire”)

Vocals on The Moral of the Story Is…

Vocals on The True Face

Choir on Determined to Bwak

Chicken Sounds on Determined to Bwak